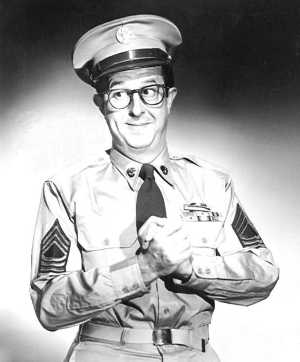 TV series ran from 1955 to 1959.  The first episode was originally called You’ll Never Get Rich .  Also known as “Sgt. Bilko”.  Laugh as you never have before as Sgt. Ernie Bilko, the ultimate con man, takes you on hilarious adventure after adventure at the Kansas U.S. Army Camp.