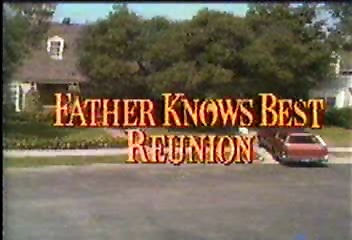 Father Knows Best Reunion (1977) was one of the most beloved situation comedies of the 1950s. Happily, all the cast members of the original FKB were still around to show up in this  TV-movie reunion. On the occasion of the 35th anniversary of Jim and Margaret Anderson (Robert Young and Jane Wyatt), the Anderson kids interrupt their busy adult schedules to attend the festivities. To bring you up to date, Betty (Elinor Donahue), aka "Princess," is now a widowed mother; Kathy (Laurin Chapin), better known as "Kitten," is a single woman dating an older man; and Bud (Billy Gray) is a motorcycle racer. Intended as the pilot for a new series, Father Knows Best posted good ratings when it was first telecast May 15, 1977, but sponsor and network interest were not forthcoming. 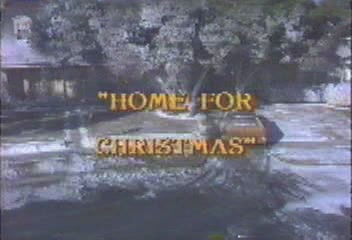 Father Knows Best: Home for Christmas (1977) was the second of three TV pilot films for a proposed (and abandoned) revival of the 1950s sitcom classic Father Knows Best. Robert Young, Jane Wyatt, Elinor Donahue, Billy Gray and Laurin Chapin reprise their old TV roles as the Anderson family. Jim and Margaret Anderson (Young and Wyatt), facing the prospect of celebrating Christmas alone, are further depressed by the possibility of having to sell their home. Their children Betty, Bud and Kathy (Donahue, Gray and Chapin), now grown and pursuing their own lives, drop what they're doing to rally around their parents. Father Knows Best: Home for Christmas was slightly more realistic than its 1950s inspiration, but Sentiment wins out over Truth once more.