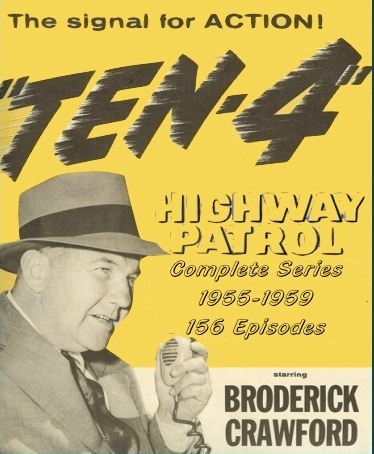 Destined to become one of the most popular syndicated television shows of all time, Highway Patrol screamed onto the scene with fast cars and the catch phrase "10-4". Each week, Chief Dan Matthews (Broderick Crawford) would lead his troops into another roadway adventure.

Crawford's Matthews was a tough, no-nonsense Chief of the Highway Patrol, that was in actuality based on the California Highway Patrol, though no state is named. The actual head of the CHP acted as show consultant for the first season and during that season, the actors who portrayed officers wore CHP uniforms, without the name California on the shoulder patch.