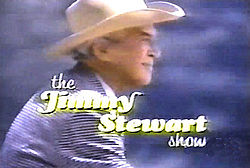 Stewart starred as James K. Howard, an anthropology professor at a small town university called Josiah Kessel College, which was founded by his grandfather. Living an easy life, his world became complicated after his son Peter's house burned down and he offered to let Peter's entire family move in with him temporarily.

The show received poor reviews and ratings and was not renewed after a single season.