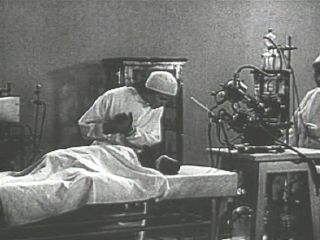 EXPERIMENTS IN THE REVIVAL OF ORGANISMS (B&W, 1940) filmed in Russia during 1940.....VERY disturbing experiments documented by the Russians feature the re-animation of a dead dog's severed head as well as an intact dog corpse after 10 minutes of clinical death. Quite Frankensteinish in it's black and white film noir look with creepy shadows and the like. Not for the squeemish. Terrifically sickening stuff. Repeat viewings may cause severe depression and hellish nightmares.

SYMPTOMS IN SCHIZOPHRENIA (B&W, 40's, Silent) features a look at 1940's mental patients in their asylum surroundings. Lots of footage of strange behavior. See rigid and stiff schizophrenics, very animated ones, dull and boring ones, violent ones and much more! Patients featured on film are wearing bizarre RIDDLER masks....quite the creepy look!
13 minutes 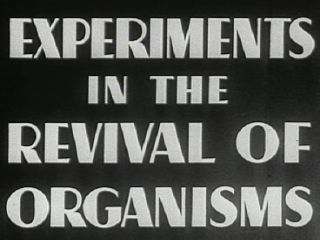 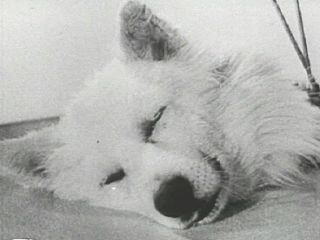 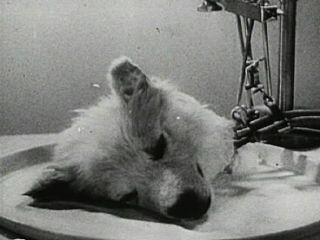 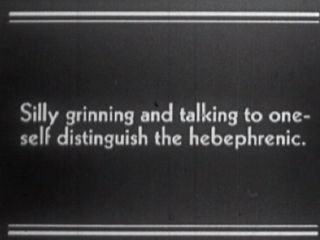 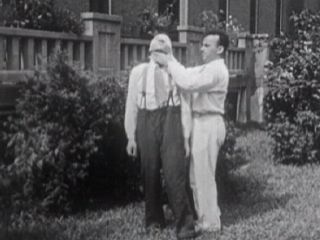 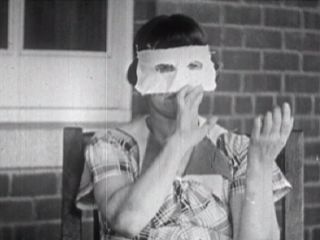