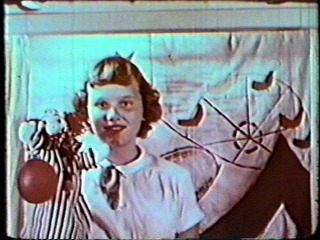 Collection of extremely campy educational films featuring some of the creepiest puppet creations ever to grace the world of 16mm film!

Over 1 hour of PUPPET CREEPINESS awaits!

Featured are four films for your puppety pleasure:

Fascinating and utterly spooky at the same time....listen to the stiff announcer describe in detail how to make a puppet of your very own using materials found around the 1950's suburban household.  Particulary creepy puppets are made straight from scratch!  What kind of puppet will you make?

Our beloved folk heroes Hansel and Gretel enter the witch's cottage and become obscenely demanding with  ridiculous fire safety tips!  Enjoy the weirdness as Hansel STOPS DROPS AND ROLLS around on the ground.  Quite creepy to see a puppet perform such non puppetistic feats!  Also on the docket:  extremely bizarre scene where Hansel gets imprisoned in a puppet cage while the witch calmly converses with the puppet version of Gretel.  Puppet bondage at it's zenith!

More disturbing puppetry follows in this fascinating short film.......not quite sure what purpose this one serves other than to confuse and titilate.  Set among a bohemian puppet makers loft, we view a very mentally disturbed 30-something female puppet maker interact with quite a few creepy creations.   So bizarre, it must be seen to be believed......especially thrilling scenes ensue showing masterful and mentally deranged ways to create hand puppets out of 1970's coffee filters.......ABSOLUTELY STELLARIFIC!  Quite possibly this was an ill fated attempt to sell coffee filters?  Not quite sure!

Massive early 70's PUPPETPALOOZA this one is!  Many a creepy animal puppet star in cheesy children's story about a lonely caterpillar named Fred, and his puppet buddies attempts to turn him into a butterfly.  Especially exciting is the lonely chipmunk who gets berated by everyone in the neighborhood......poor chipmunk, did that bratty puppet just knock over your laundry basket.......Also thrill to the terribly bad copy cat version of Sesame Street's own Big Bird.....this bird looks like it just flew in from a polluted New Jersey skyline.  QUITE DISTURBING FOOTAGE! 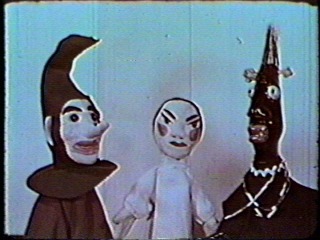 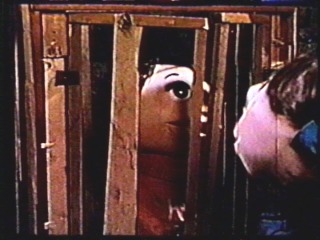 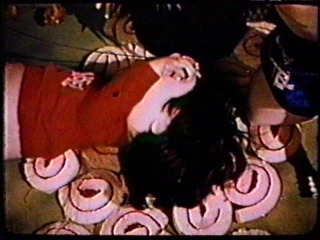 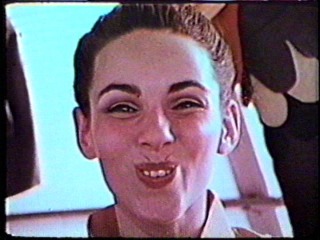 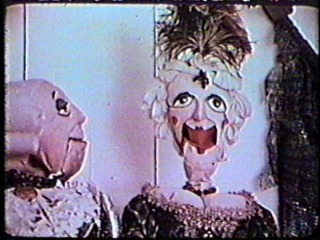 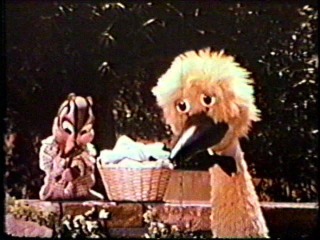 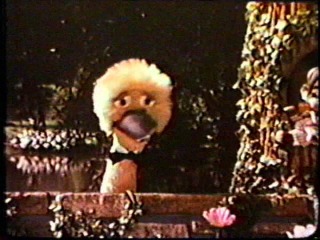