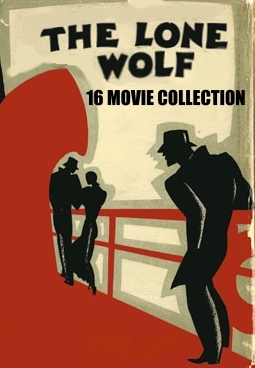 This series offered a light hearted side to mystery about a former jewel thief and his faithful servant who help the police solve crimes. The complete set of all 15 movies in this great mystery series (and had been recently upgraded) from the 1930' and 40's. On six DVD discs.

Also included with this set is a rare TV show with Louis Hayward starring as TV's THE LONE WOLF in the 1950's.This is an action, fast paced mystery series. If you like to collect the rare and unsual...this is a real must. The picture and sound quality are good to excellent.